This is a tremendous accomplishment for the Ho-Ho-Kus Police Department and represents several years and thousands of hours dedicated to reach this goal.

Accreditation is a progressive and time-proven way of helping law enforcement agencies calculate and improve their overall performances. The foundation of Accreditation lies in the adoption of standards containing a clear statement of professional objectives. Participating agencies conduct a thorough self-analysis to determine how existing operations can be adapted to meet these objectives.
When the procedures are in place, a team of trained assessors verifies that applicable standards have been successfully implemented. Accreditation status represents a significant professional achievement. Accreditation acknowledges the implementation of policies and procedures that are conceptually sound and operationally effective.
The New Jersey State Association of Chiefs of Police has pursued the concept and development of a voluntary statewide law enforcement accreditation program for New Jersey. 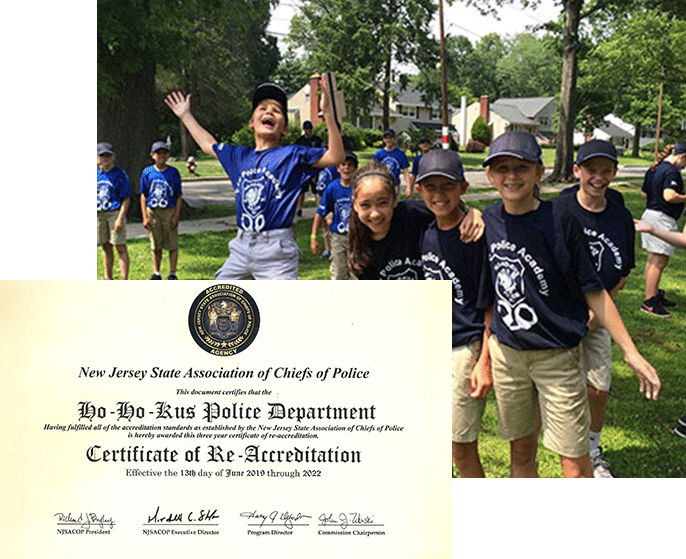 The origin of the Ho-Ho-Kus Police Department dates back to 1905, when a part-time Marshal was hired to provide services when required. After the Borough was incorporated in 1908, a full-time officer was needed. A formal Police Department was organized in 1920 with its location being in the first schoolhouse on East Franklin Turnpike. The growing Police Department moved to its new facility in the Borough Hall on Sycamore Avenue and Warren Avenue in 1983. The Ho-Ho-Kus Police Department included sixteen full-time Officers; Chief, Captain, five Sergeants and nine Patrol Officers. Additionally, there were four full-time civilian dispatchers, few part time dispatchers and seven crossing guards. There were eight radio patrol cars— five marked and three unmarked. Two bicycles were available for police patrols in the Business District, at the public school and at special events.

In 1926, the Council purchased a used motorcycle with a sidecar so that patrol officers could patrol more efficiently. 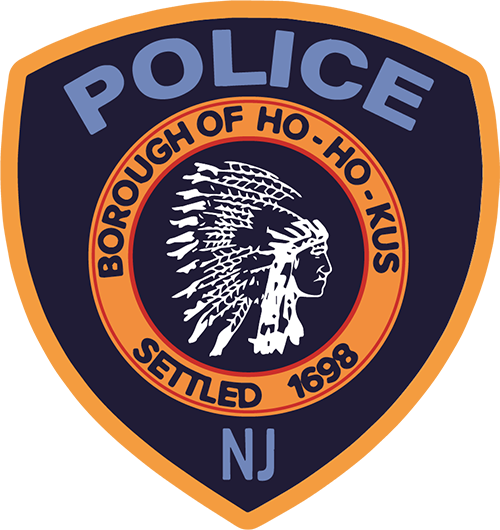 Stay connected with the Borough of Ho-Ho-Kus through NIXLE.
Recieve notification of alerts/messages/events via text message or the app.